In the first half of 18th century on the island, surrounded by 3 rivers: Neva, Moyka and Priazhka, the small village was appeared. Retired soldiers lived there. Both village and island called Matisov’s. This name is keeping the memories about the small village of miller Matis. It was reward from Peter the Great to Matis for reconnaissance and denunciation of Sweden army operations during the Northern war. So the island, bridge across the Priazhka river and the hotel was named Matisov.

A small Bannyi Bridge connects Matisov Island to the continent. A wooden beam bridge has been built here in 1821. It has got its name for a big banya building on Matisov Island.

Alexander Blok, a renowned Russian poet whose museum-appartment is situated in a 5 minutes walk from our hotel, has jokingly called it “Bridge of Sighs” in remembrance of the famous bridge in Venice. Indeed, while glancing out of his window, Blok used to see young ladies on the bridge sighing and longing for the poet’s silhouette in the windows of the fourth floor.

Hotel «Matisov Domik» (domik means the small house) was founded in 1993. At first there were only 7 rooms. During the next 19 years we opened 55 rooms more of such various categories: apartments, delux, studio, double and single rooms. 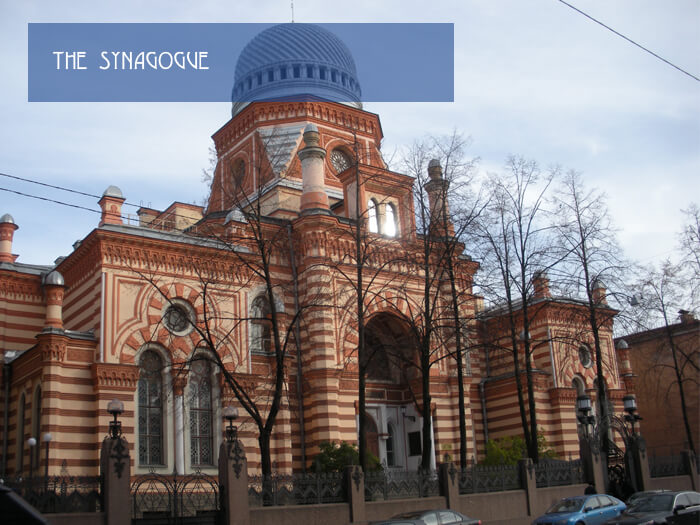 The Synagogue in St Petersburg is the second of the biggest ones in Europe. It was built in 1893. There are lots of cultural and educational events in the Synagogue. One can found the information about it using internet-site of the Synagogue. 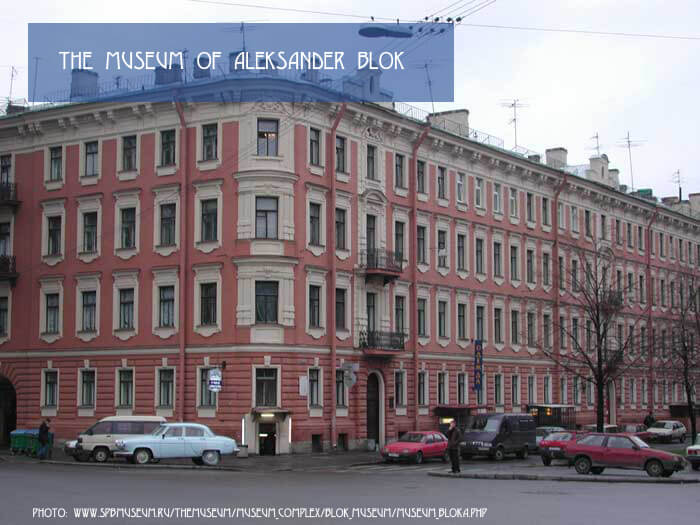 The Museum of Aleksander Blok

The museum' expositions tell us not only about the life and work of Alexander Blok, but also about a particular period in Russian literature -' the Silver Age'. The famous Russian poet lived there last 9 years of his life. That was the period of Blok's life, when he was active and created his most famous works. 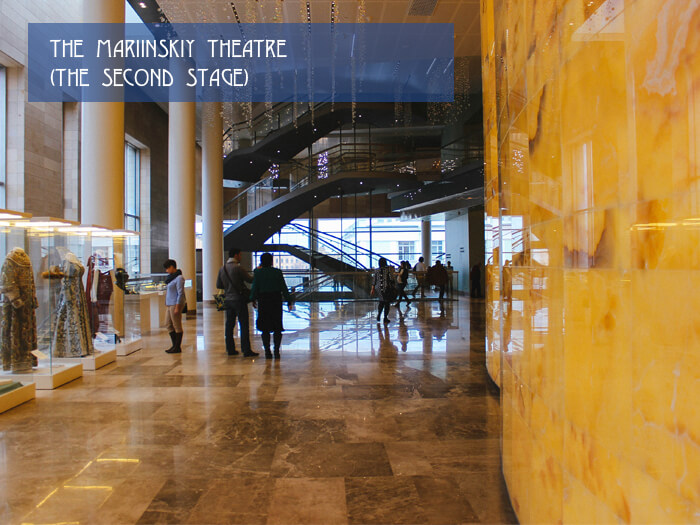 The Mariinskiy-2 is the part of the Cultural Complex which is situated on The Teatralnaya Plozhad'. There is no analogues in the world. It was opened in May 2013 and consists of 10 floors,3 floors of 10 is situated under the ground. It can accommodate up to 2000 visitors. 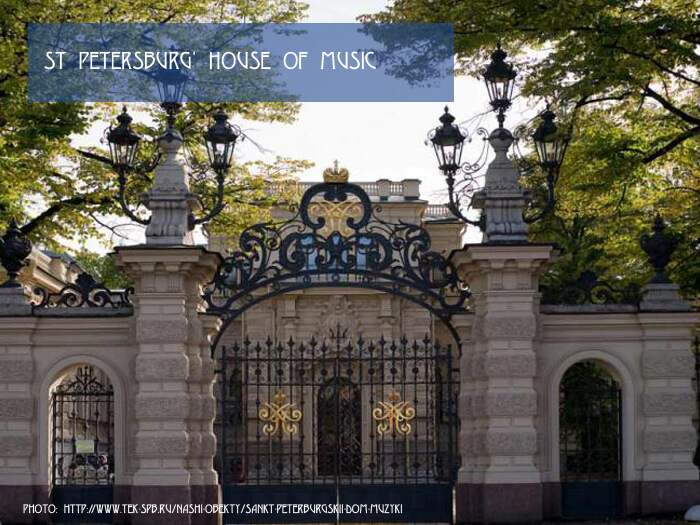 The stage of the House of Music is situated in Alekseevskiy Palace. Since it was found in 2003 the young musicians gave their performances there. It was such a kind of practice for them. By now it is the Stage, where the world music stars have their concerts. Also, it is an architectural monument, so there are regular tours inside the Palace, which take place several times a month. 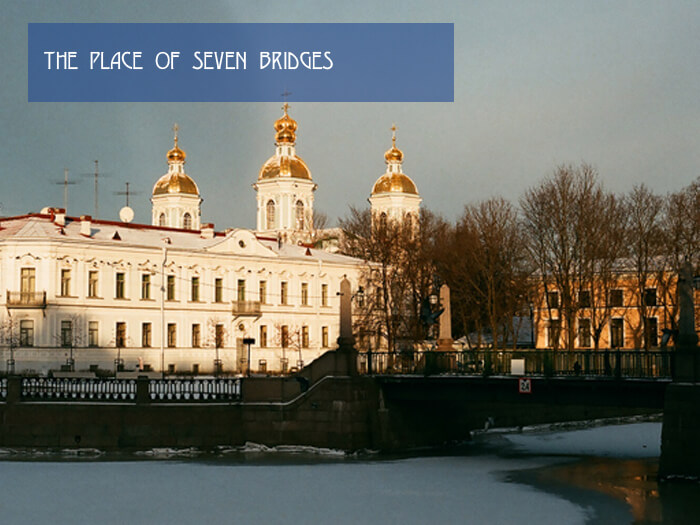 The Place of Seven Bridges

The City of St Petersburg can boast its loads of bridges. The one of the brightiest sightseeings of the city is the place of Seven Bridges which is the chain that is consists of 7 bridges you can see at the same time. Its better to see it if you are standing on the embankment near Nikolskiy Cathedral. There is a legend: if a man is watching these bridges than his wish will come true one day. Anyway, you can have plenty of amazing photo there. 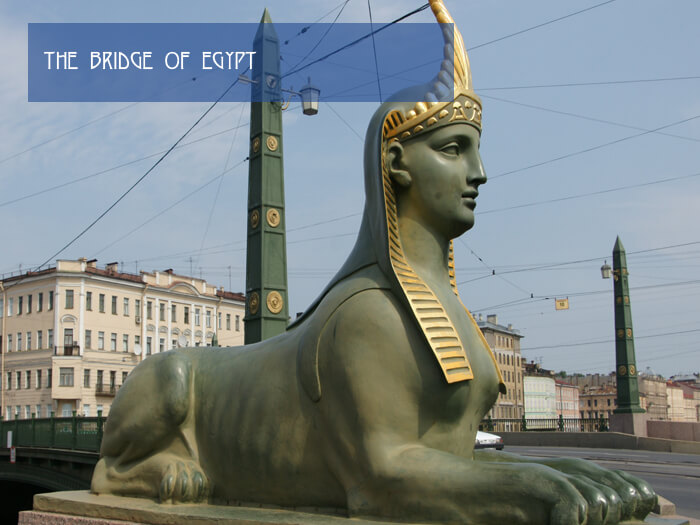 The Bridge of Egypt

The Bridge of Egypt was found in 1826 and was ruined in 80 years but the Sphinxes were standing still. It was built again in 1956. 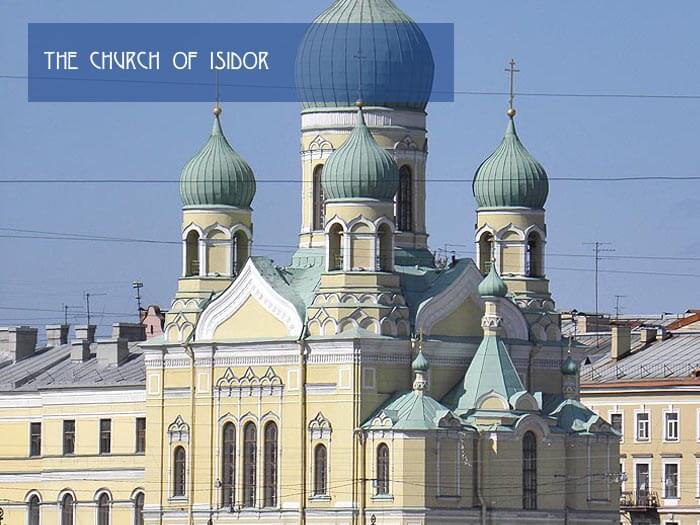 The Church of Isidor

The Church of Isidor was built in the early twentieth century and Estonians had it from its beginning. Nowadays there are library and Sunday school. 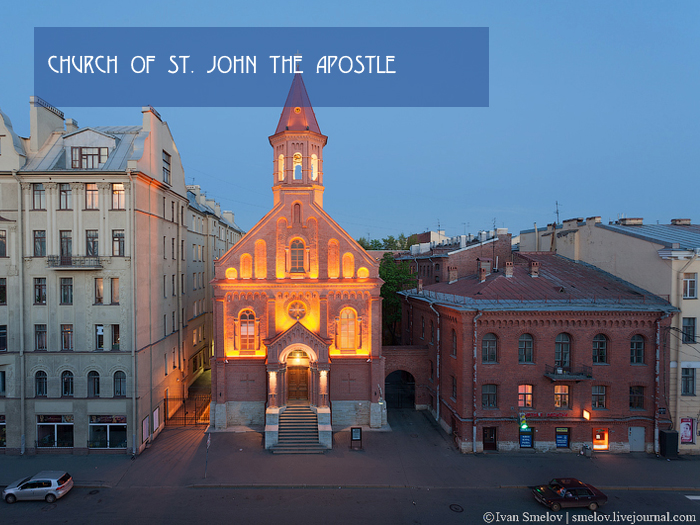 Church of St. John the Apostle

It was built in 1731 and was closed in Soviet times. In the end of the twentieth century it was reconstructed and returned to Estonian Lutherans.

Operating hours: on Sundays 02 30pm (the worship is performed) 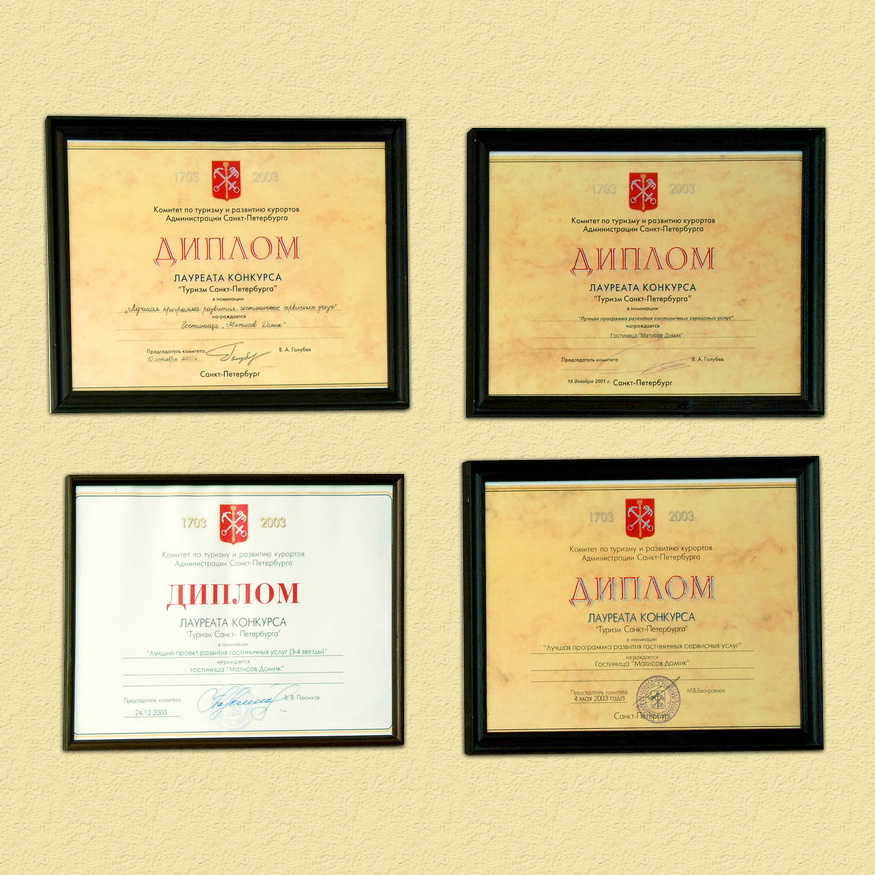 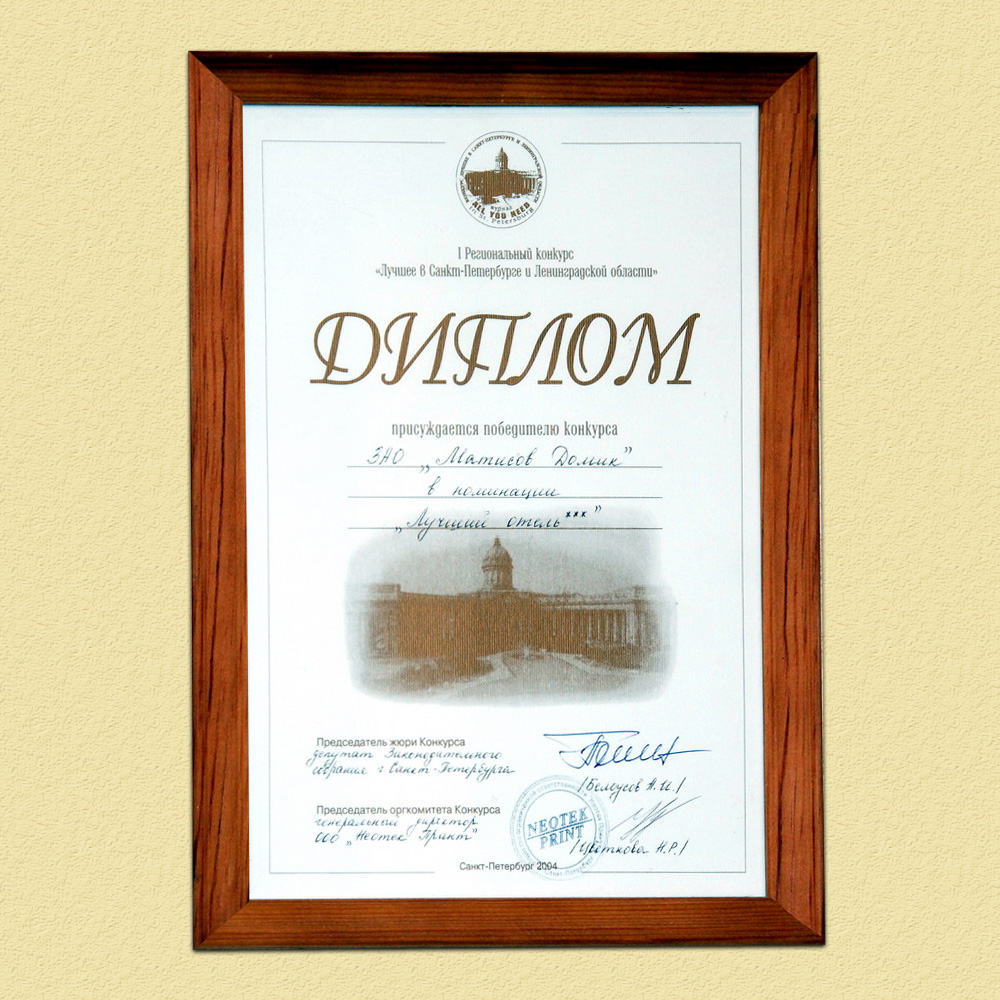 2004 year — the winner of the 1st regional competition “The best in St.Petersburg” as the best hotel. 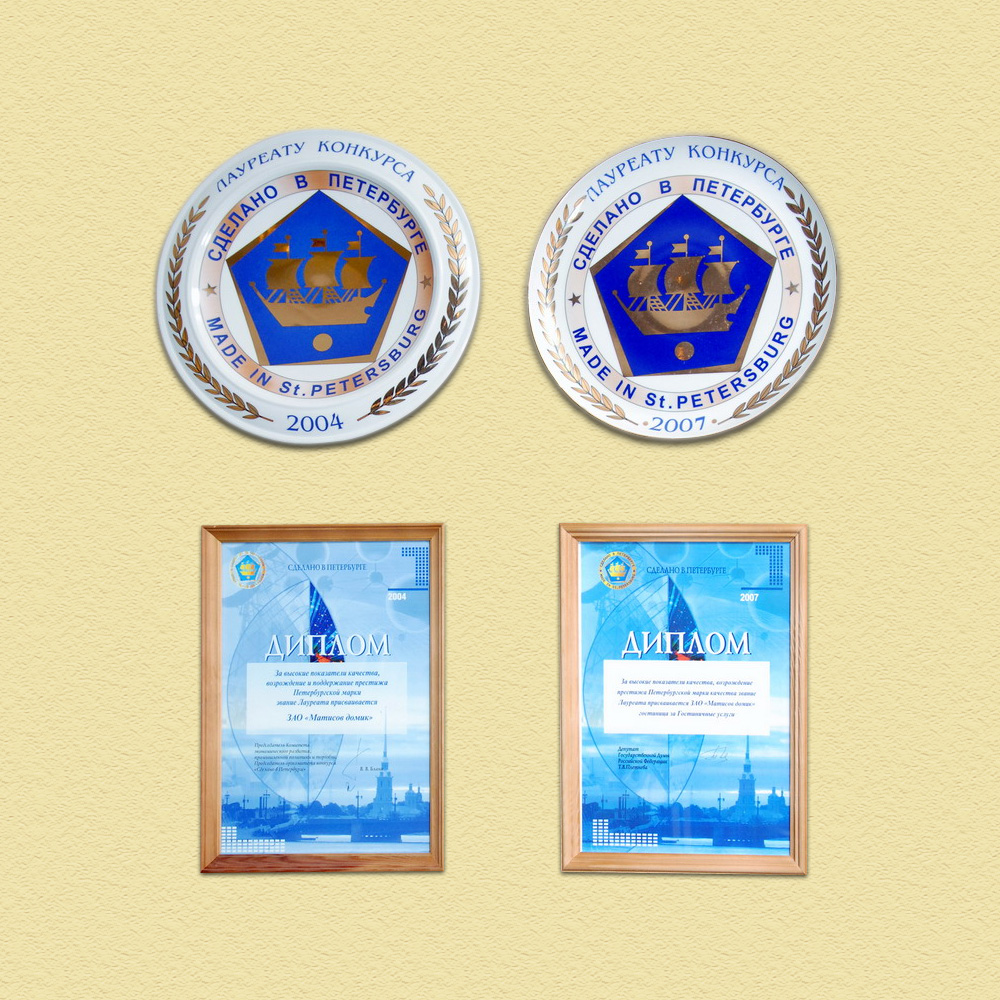 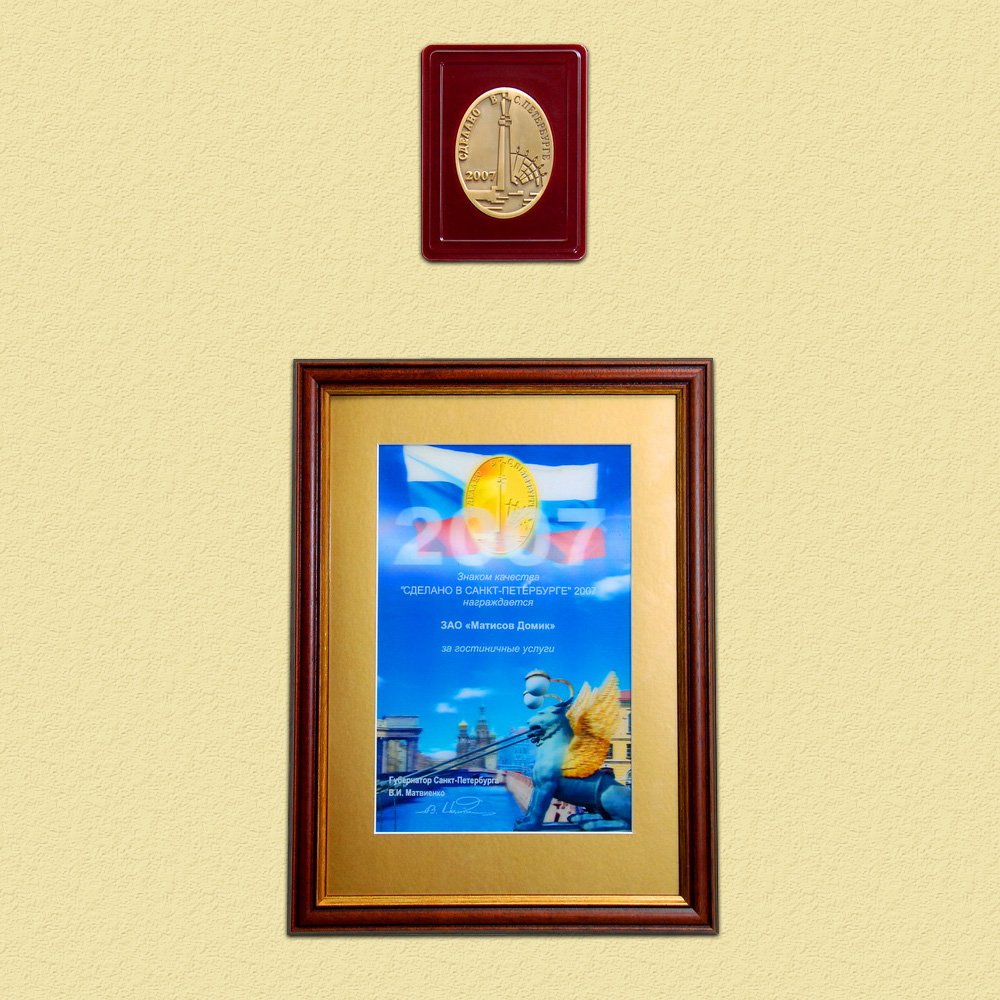 2007 year — "Matisov domik" awarded to quality mark "Made in St. Petersburg" for the hotel service 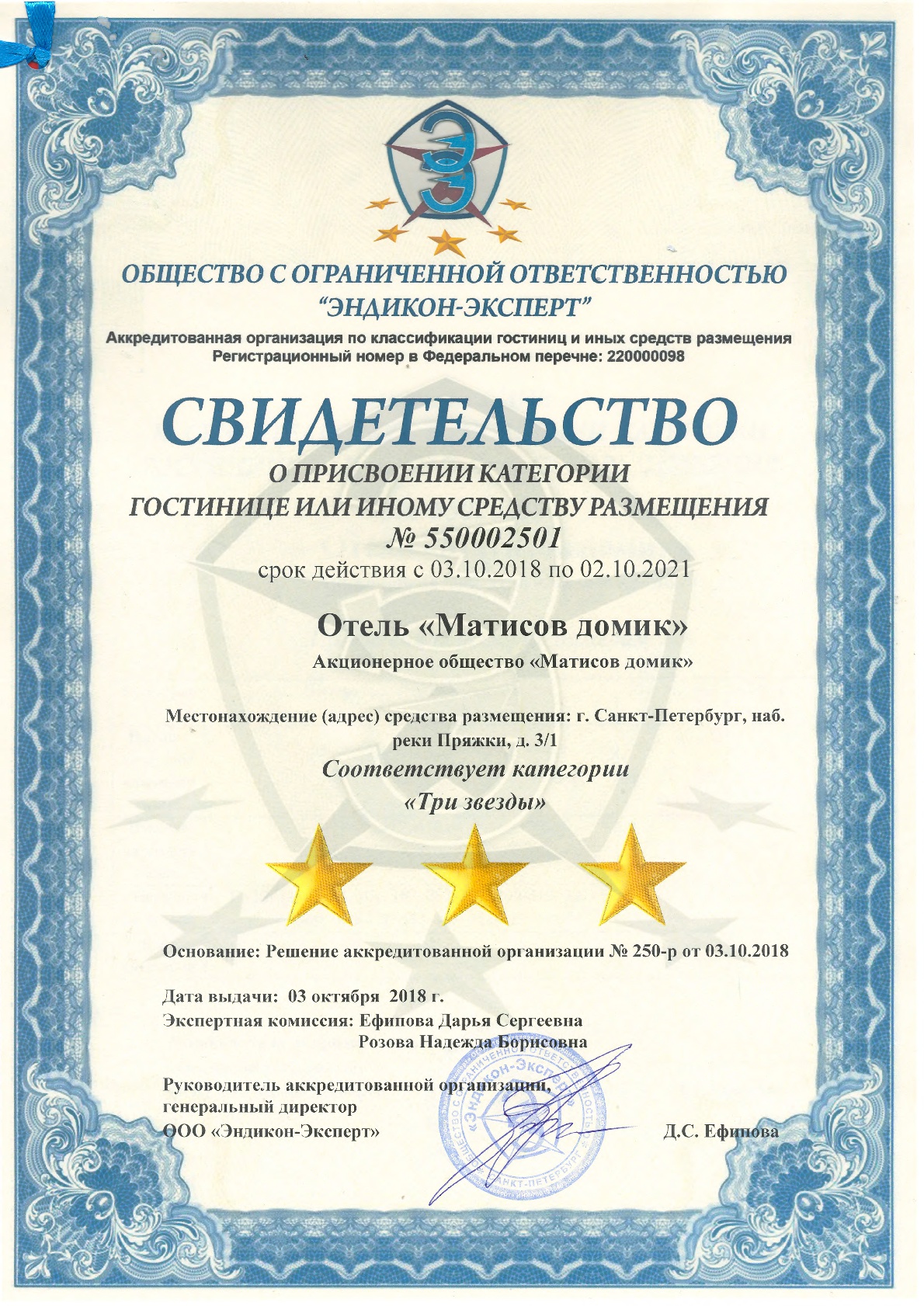 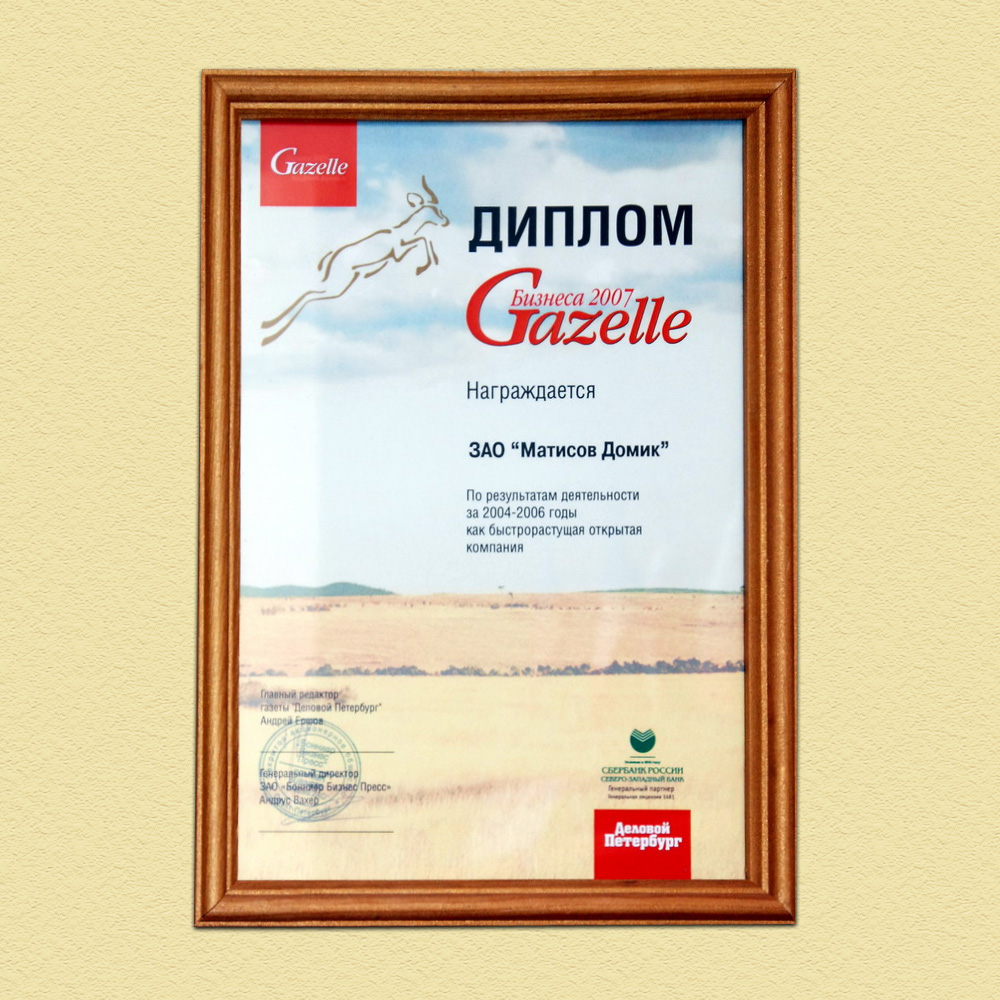 Our star guests Michael Shemjakin, Inna Churikova, Valentine Gaft, Lyudmila Gurchenko, Lija Ahedzhakova, Sergey Mihalkov, Sergey Zverev, Alena Sviridova and many others have left their autographs and warm words about time, they spent in our hotel.

© Hotel «Matisov Domik», 2023
Official website
Saint-Petersburg, Pryazhka River emb., 3/1
+7 (812) 495-02-42
Saint-Petersburg, Pryazhka River emb., 3/1
We use cookies to improve the way you interact with our website. By continuing to view this page, you are agreeing to use cookies. Learn more about our "Cookies Policy".
We use marketing cookies if you have given permission for this. If you do not give permission, advertisements will still be shown, but these are random advertisements. You can make your choice below.